A message from the director

Dear members and partners, The microfinance ecosystem in Africa today is very different from what it used to be in terms of its growth tough its development still appears to be less visible compared with other parts of the world but holds great potential for growth and innovation. Given the sub sector’s nature of privatization, mainly by a direct competition of the commercial banks, Microfinance Institutions (MFIs) must invest in the quality of their servic es. Thus the MFI services must be clear, structured in a regulated framework with a strong social impact on the beneficiaries of their products and services. That is how we all will continue to make a difference.

Microfinance has made remarkable progress in recent years. MAIN members present in 21 countries of the continent were not kept aside of these evolutions of the sub- sector. During the year 2017, MAIN organized several training sessions in different regions focusing on different themes as well as exchange visits for its members with the effect of strengthening the skills of several hundred members of their operational management teams.

The year 2017 was also marked the event of the third African Microfinance Week (AMW) which brought together around 700 participants. During this week, MAIN organized its ordinary general assembly. An extraordinary general meeting between AMT and MAIN was also held to mark the merger of the two networks. Great gratitude goes to all members and partners who made this possible. This demonstrates the strong commitment on the part of the members in the life of our network.

The year 2018 promises to be a year of full of innovations, hard work where new projects will be implemented to become one of the strengthened networks in Africa. We are counting on everyone’s contribution to our success.

Looking forward to seeing you for upcoming activities of 2018 as we regularly did in the year in 2017.

As an international conference dedicated to the development of financial inclusion in Africa, the 3rd African Microfinance Week (AMW) took place in Addis Ababa from 9 to 13 October 2017. It is open to all microfinance practitioners and is co-organized by the African networks AMT (African Microfinance Transparency), MAIN (Microfinance African Institutions Network), AFRACA (African Rural & Agricultural Credit Association) and ADA, a Luxembourg NGO specialized in inclusive finance supported by the Office of Development Cooperation and Humanitarian Action of the Grand Duchy of Luxembourg.

AMW aims to become a common African platform that provides a genuine framework for reflection and exchange between all stakeholders in the sector in order to accelerate financial inclusion and economic growth on the continent. This common platform facilitates exchanges between peers and the search for synergies at regional and international level.

This year, AMW focused on the theme: “Supporting SMEs: a new era for inclusive finance”. The theme allowed to address the issue of mesofinance, i. e. the financing and development of very small and medium-sized enterprises (SMEs) or a segment of the corporate finance offer that is generally little or not developed by microfinance institutions and banks. Some figures from the AMW: 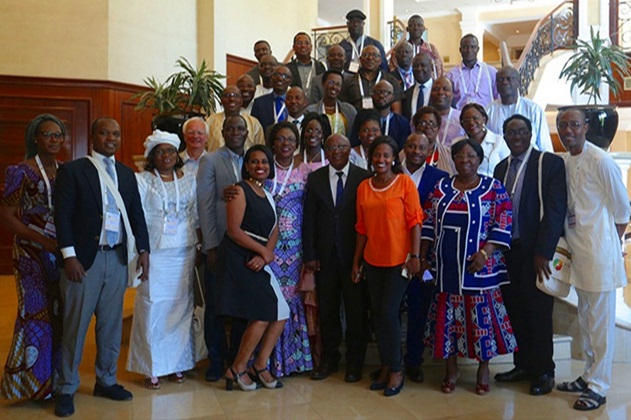 During that meeting, all the various agenda items were discussed. The assembly, after having received a response to its various requests for clarification, approved all the reports (activities and management reports for 2015 and 2016, action plan 2018 and budget 2018).

Regarding the new applications, the network admitted twenty-one (21) new members from 10 countries during the period from January 2015 to December 2016. This general assembly has also strengthened the commitment of member institutions to their roles and responsibilities towards the network for its sustainability and viability.

At the meeting, the members passed an important resolution concerning the merging of MAIN and AMT networks. This was followed by the extraordinary general assembly between the two networks in order to record the merging of the two associations.

On this occasion, the chairmen of the two networks reiterated the need and their willingness to see this merging become effective quickly and welcomed the commitment and support of the members in the whole process. An appeal was made to AMT member s who are not yet members of MAIN network to become members. It is further expected that the merging of AMT will facilitate a conducive atmosphere to promote and strongly implement Transparency in its activities.

By Christian Schmitz (MAIN representative in Europe) During the months of October and November 2017, hundreds of people around the world followed an online training course prepared by AFD and ENS pedagogical teams in the form of a MOOC  entitled “Energy and ecological transitions in the countries of the South”. For six weeks, all participants learned and exchanged ideas on how to create a common world by following this MOOC, which was at the confluence of development in the South and sustainable development. This training included several dimensions: a macroeconomic and financial dimension, an ecological and climatic dimension, and a focus on the countries of the South, particularly supported by AFD’s speakers. This online course offered the cross point of view of several specialists on climate change and development issues in developing countries (Paris ENS researchers, AFD experts, the founder of the consulting firm “Carbon”) Three main learning objectives were pursued by this training:

In the world of financial inclusion actors, of which all MAIN members are part of, no one challenges the need to ensure that development for all is based on well -being and an equitable distribution of wealth. A transition phase is therefore imperative for everyone. Until now, the development of northern countries has depended on increasing harnessing of energy resources and greater freedom of trade and exchanges on a global scale. However, we know that such a model is no longer sustainable because of global warming and overexploitation of resources leading to health, social and environmental disasters. So how can we ensure fair and equitable growth for all? What role do the countries of the South have to play in this complete upheaval of the current economic, commercial and political models, in order to lead an efficient energy and ecological transition? Gaël Giraud, Chief Economist and Executive Director of AFD’s Innovation, Research and Knowledge Department, concluded the 6-week course by saying: “Transition allows for development. The ecological transition requires everyone to be sober and energy efficient. Renewable energies of proximity, solar and wind energy but also biomass must be massively deployed. These new forms of energy allow for a very different development from the fossil industrial revolution, which has had its mark on the route of northern countries for more than two centuries. These clean energies, individual and decentralized, can bring prosperity to communities previously isolated from development that are mainly focused on fossil mining. The long-distance transport of fossil fuels, especially oil, will have to be considerably reduced or even completely stopped. The international division of labour and the value it allows today will not survive. Thus, the relocation of energy and production could lead to the long-awaited improvement in the terms of trade of southern countries and the localization of value chains.”

Is technology likely to be an exclusion factor rather than a financial inclusion?

The convergence between technology and microfinance over the past five years shows that technology has a positive impact on the end-customers of microfinance institutions in reducing transaction time and thus transaction costs. However, in order to ensure that it is not an exclusion factor, given the negative consequences for clients due to “All Technology”, it must remain, alongside traditional practices, a tool at the service of the microfinance sector. The issue of implementation and use cost of technological solutions for the development of the microfinance sector also remains an obstacle to overcome. Read more on http://www.microfinancegateway.org/fr/library/la-technologie-risque-t-elle-dêtreun-facteur-d’exclusion-plutôt-que-d’inclusion-financière

Nisir microfinance institution has been awarded the 2017 BID (Business Initiative Directions) World Quality Commitment Award in Paris, France for its dedication to quality customer service and innovation during the last semester of the year 2017. Nisir Microfinance Institution Share Company is one of the emerging financial institutions established in 2014 in Addis Ababa, Ethiopia with more than 200 shareholders providing need-based and competitive credit and saving services to businesses and individuals for more than 3,000 clients with an exceptionally praised customer service. Nisir microfinance institution S.C. is a growing institution which is currently operating at 3 branches in Addis Ababa and aspires to become the most inclusive financial service provider in Ethiopia. Nisir MFI would l ike to be a member of the Microfinance African Insitutions Network (MAIN) in the coming year. 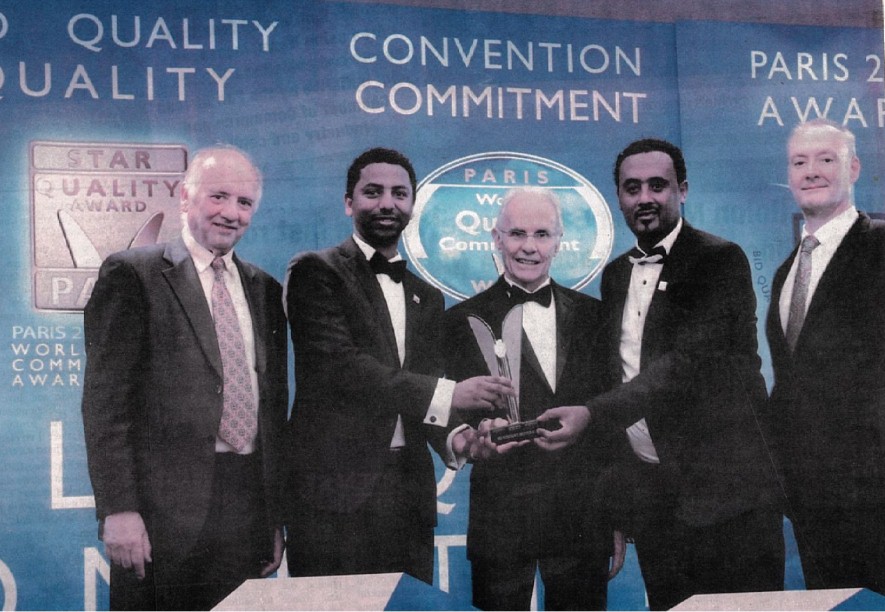 The BID Quality Award is a mark of excellence achieved by organizations which, in the philosophy of continuous improvement, have become drivers of innovation. The awarded organization, which has decided to walk a path of continuous quality learning, is a catalyst for the benefit of the community where it operates. Behind each award recipient there is also a commitment to excellence and continuous improvement. This commitment to Quality Culture is the force behind companies, organizations and leaders who are recognized for a continuous search for quality and excellence. To receive the BID Quality Award is to become part of a team of companies, institutions, organizations and outstanding visionary business leaders, whose presence in 179 countries worldwide represents entrepreneurship, success and Total Quality. 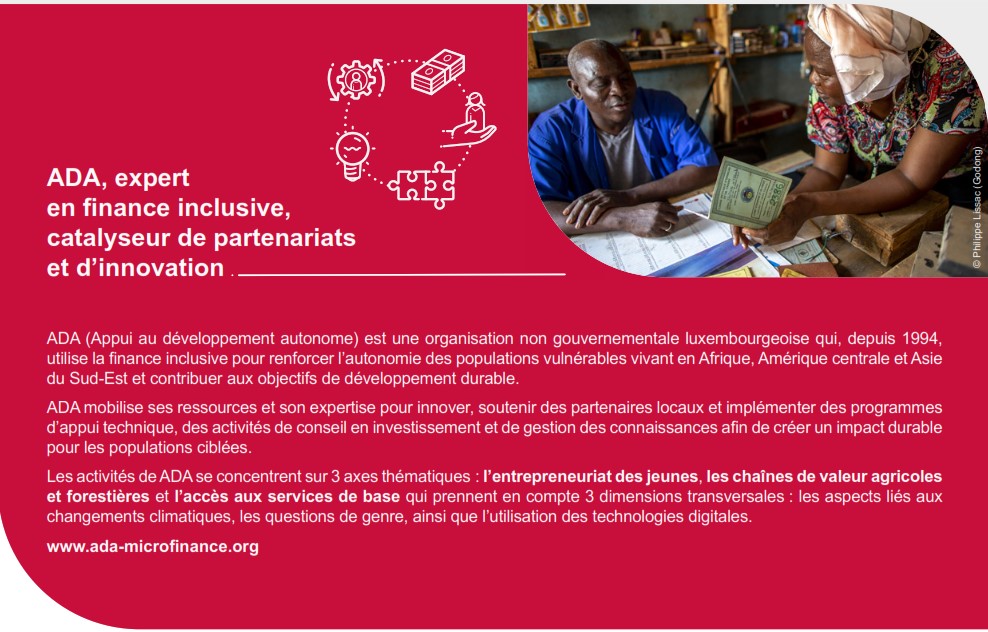 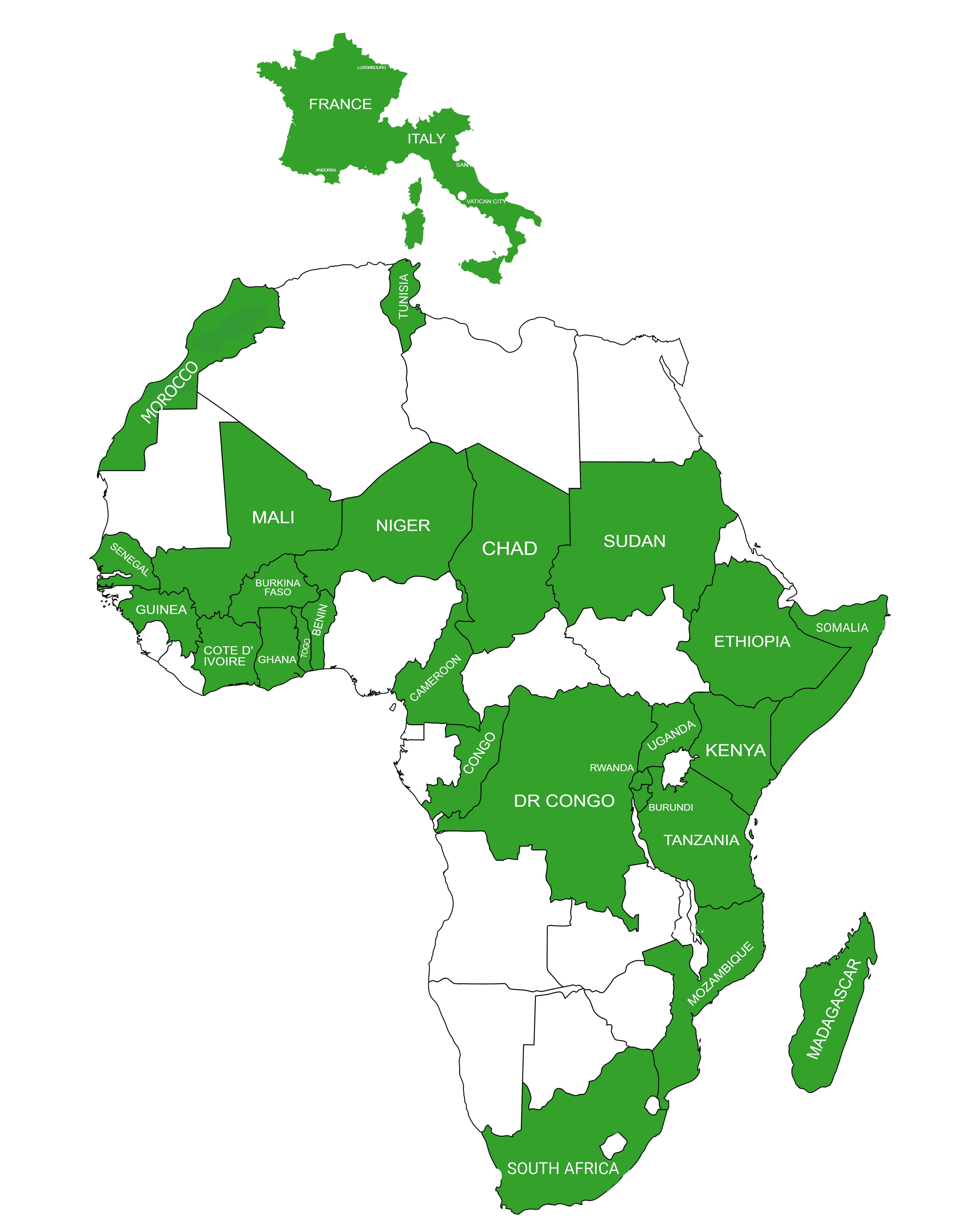 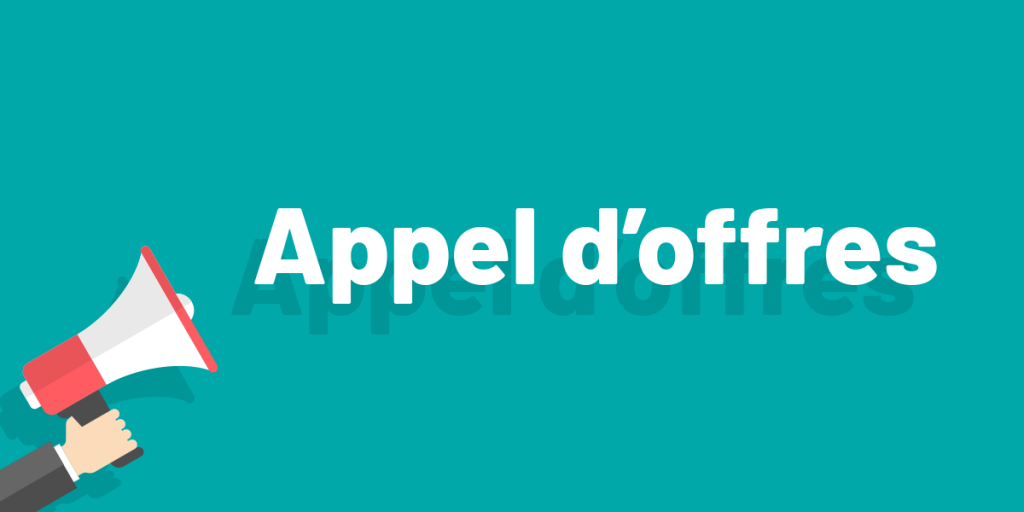